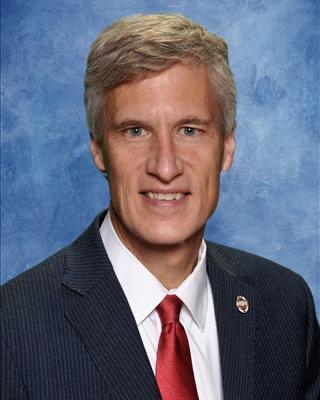 Sean C. Feeney began his teaching career teaching mathematics in the Central African Republic (CAR) as a Peace Corps volunteer. After four years of teaching and curriculum development in the CAR, he moved to New York City and became a founding member of a small public high school in Manhattan. For the past fourteen years, he has served as the principal of The Wheatley School in the East Williston School District.

Sean earned a Ph.D. from Columbia University’s Graduate School of Arts and Sciences. He was the recipient of the Nassau BOCES School Library Systems Administrator of the Year, the “Gus” Swift Award from the Long Island Council for Social Studies, and he presented the Finkelstein Memorial Lecture. Sean is the co-author of “An Open Letter of Concern Regarding New York State’s APPR Legislation for the Evaluation of Teachers and Principals.”

Sean is the husband to Elizabeth Ruiz Quintana and father to Thalia, Luke and Oliver.